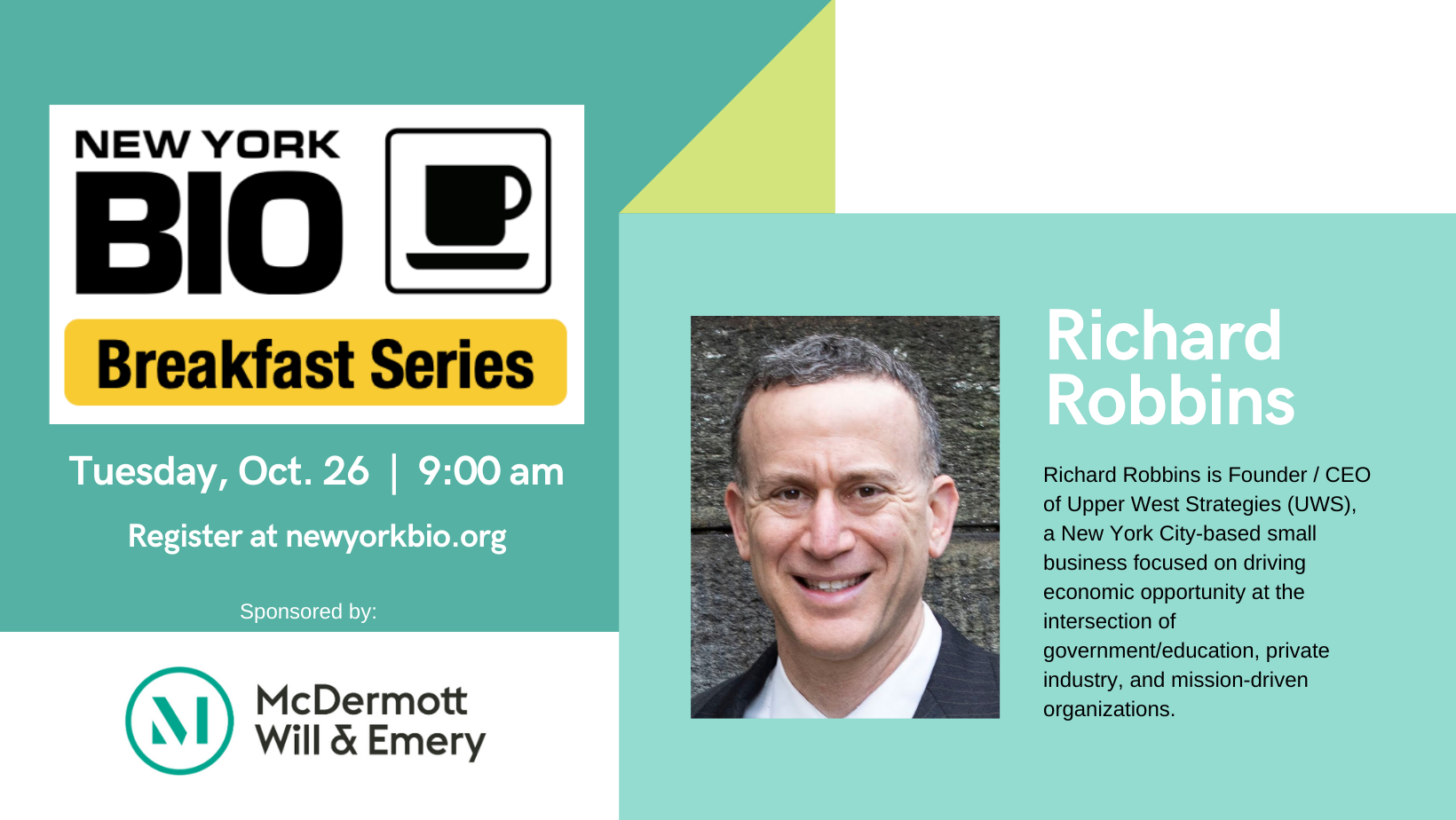 We are excited for the next episode of our Virtual Breakfast series, where we will be joined by Richard Robbins to talk about the origins and the growth of the  LifeSci NYC Internship Program. The program was launched to develop a pipeline of talent for the rapidly growing industry, while preparing New York City’s college and graduate students for industry careers. Richard will be joined by some guests who have been involved with the program and who can provide the perspective of both the interns and their sponsors.

Launched in 2017, the internship program has been an incredibly successful piece of LifeSciNYC, which is the City's 10 year initiative to bolster the local life science industry. LifeSciNYC was launched in 2016 with a commitment of $500MM and recently expanded by Mayor DeBlasio to $1B. This will be a terrific discussion of the pipeline of scientific talent in New York and where our workforce is headed.

Register for the Virtual Breakfast Series!